Originated from two machines (BR 23 alt) built in 1940, which were not further developed during the war, this post-war machine is equipped with all kinds of modern gadgets. The locomotives had welded frames, boilers and tenders, unlike the riveted frames and boilers of the older DB machines. The 23-ers also got a central greasing press and a so-called Heizdampf regulator.

Until 23 052 the locomotives were fitted with plain bearings, the later locomotives got roller bearings (including coupling and connecting rod bearings). Furthermore, all locomotives were equipped with the so-called wendezug-steuerung, whereby the machines could run in pull-push combinations. 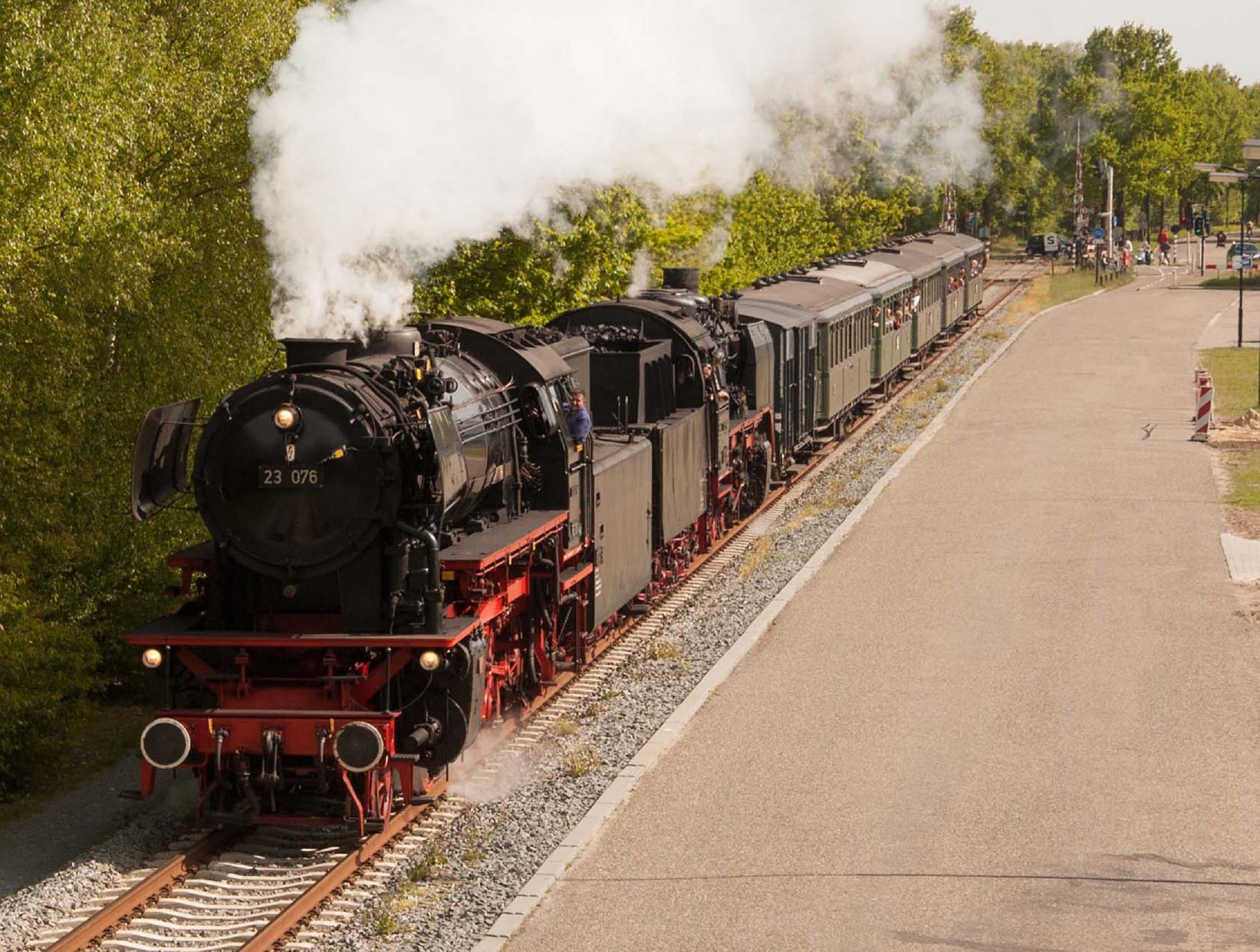 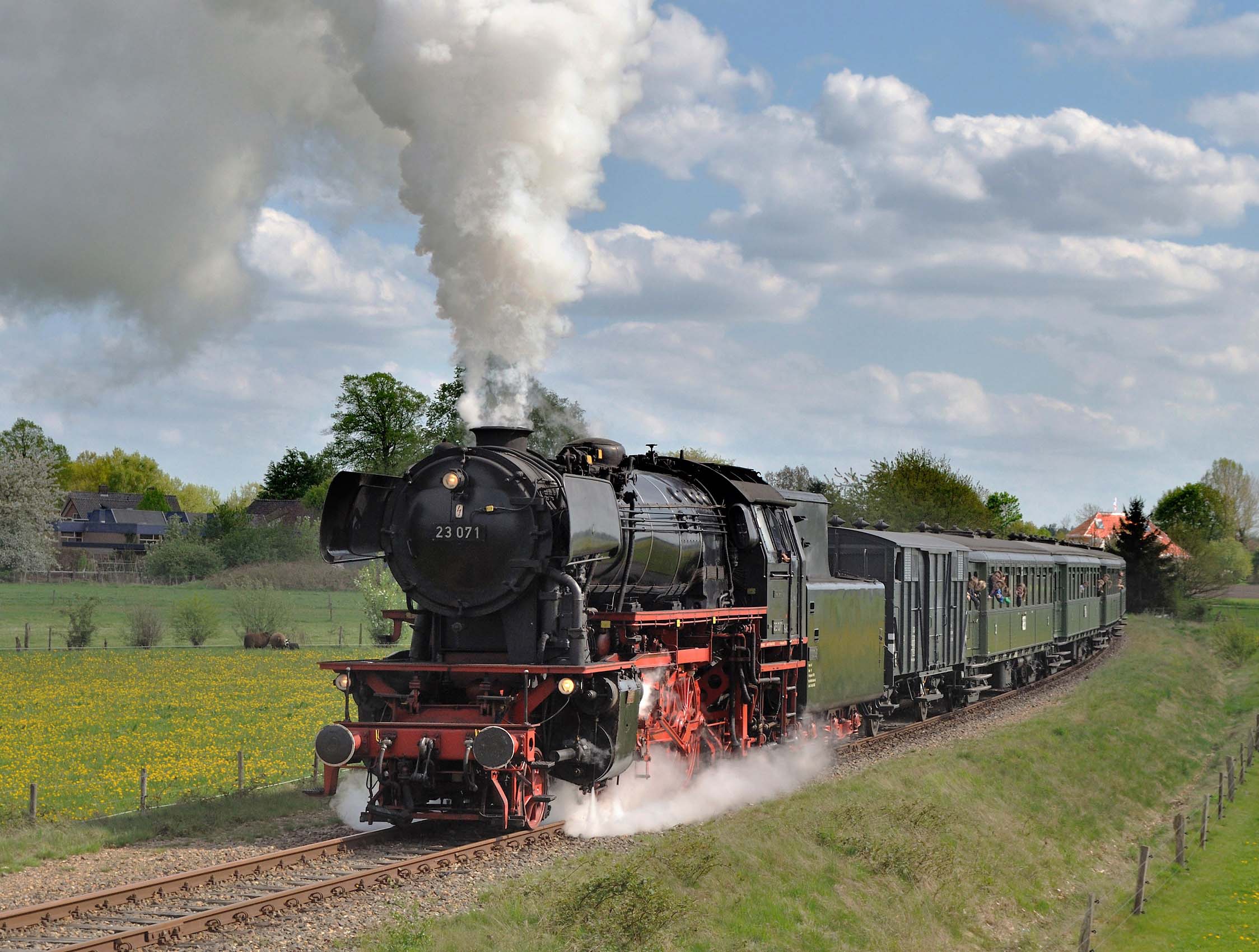 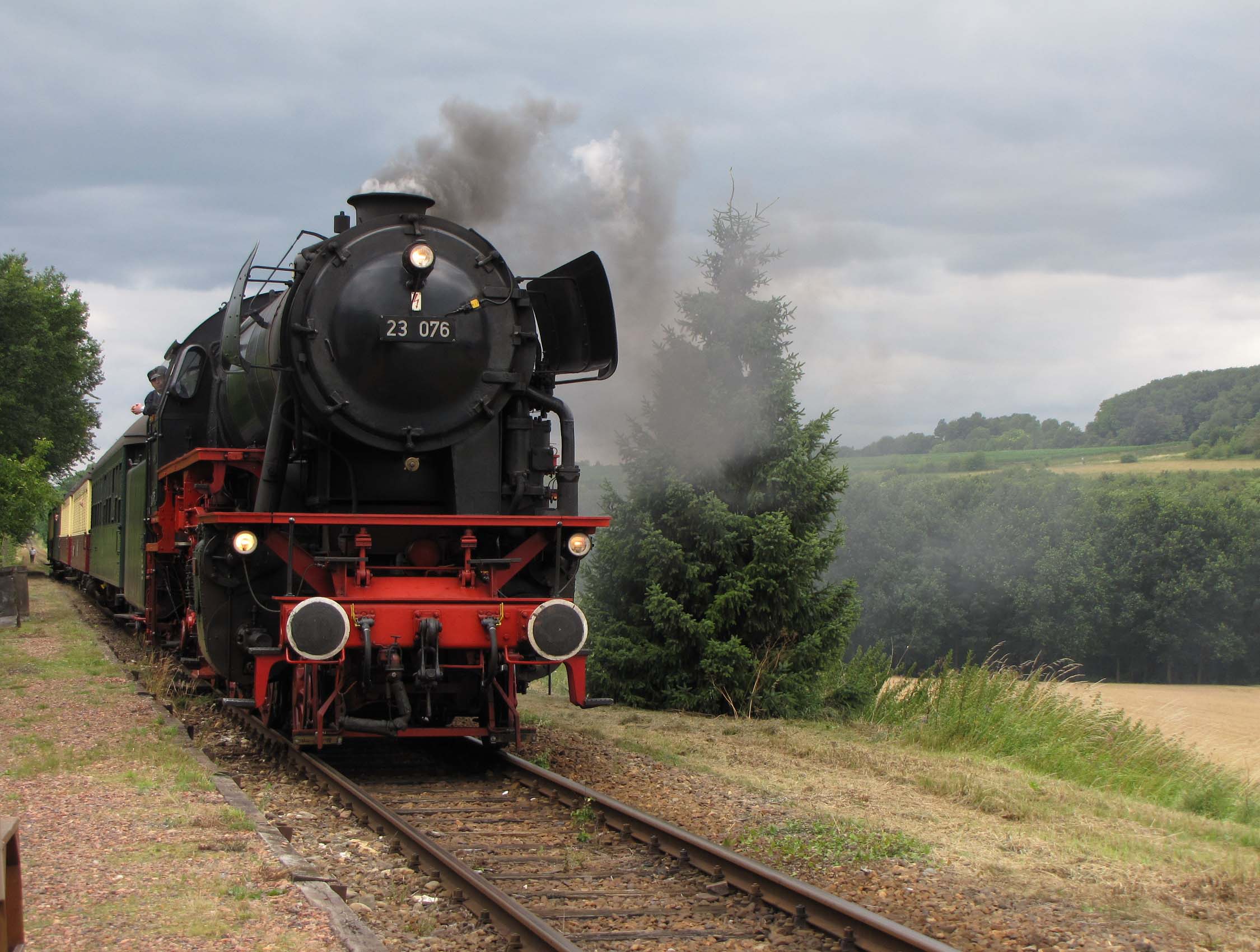 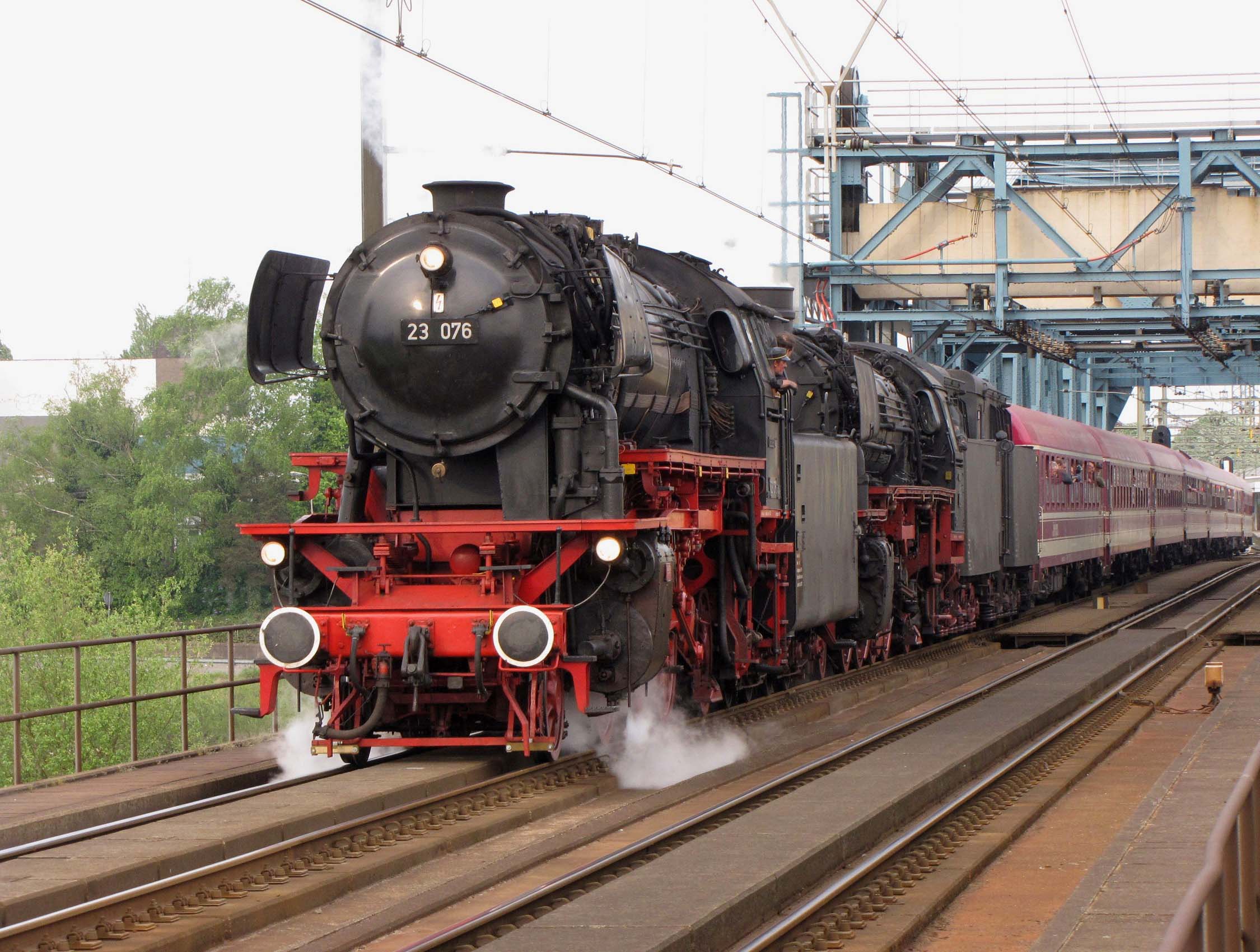 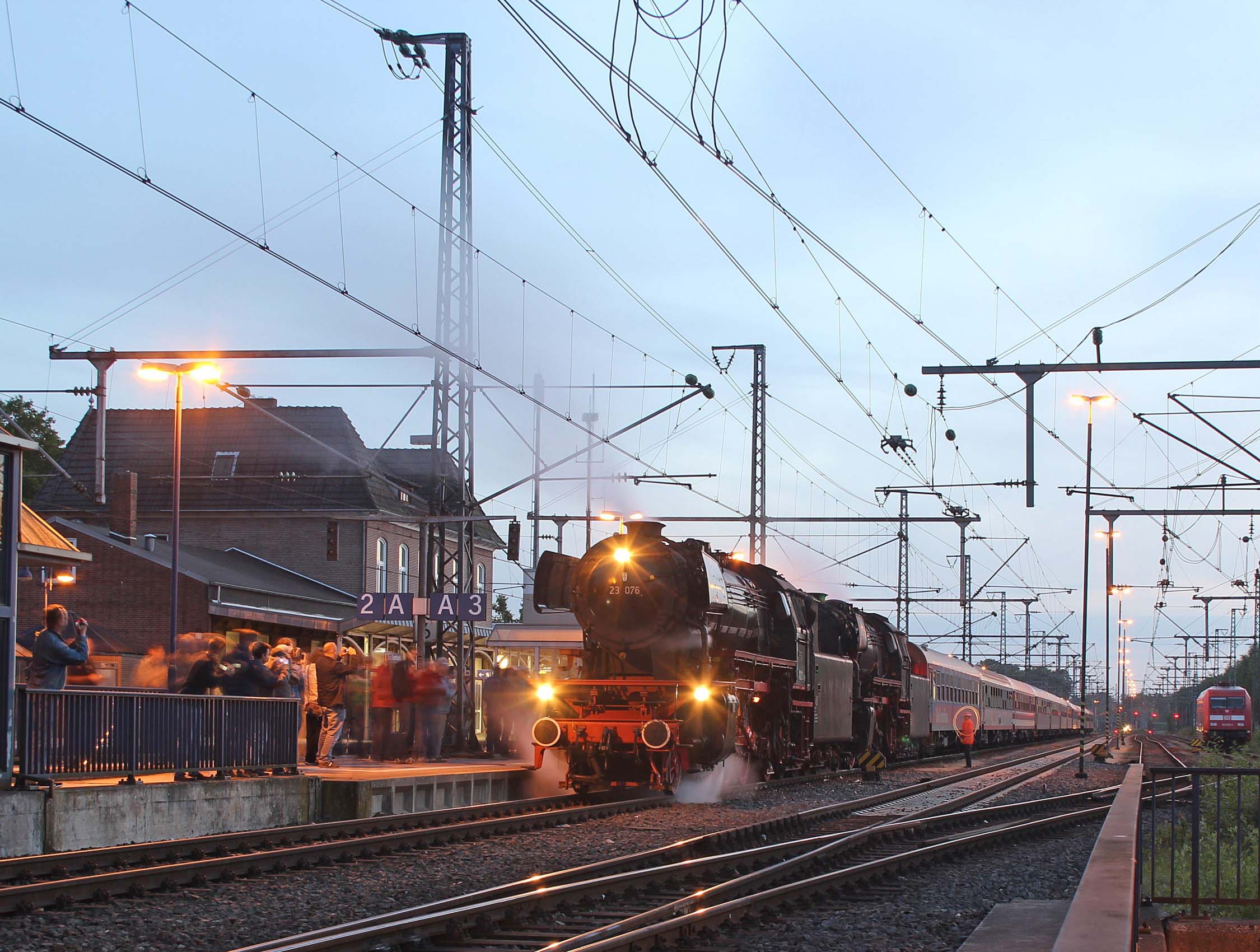 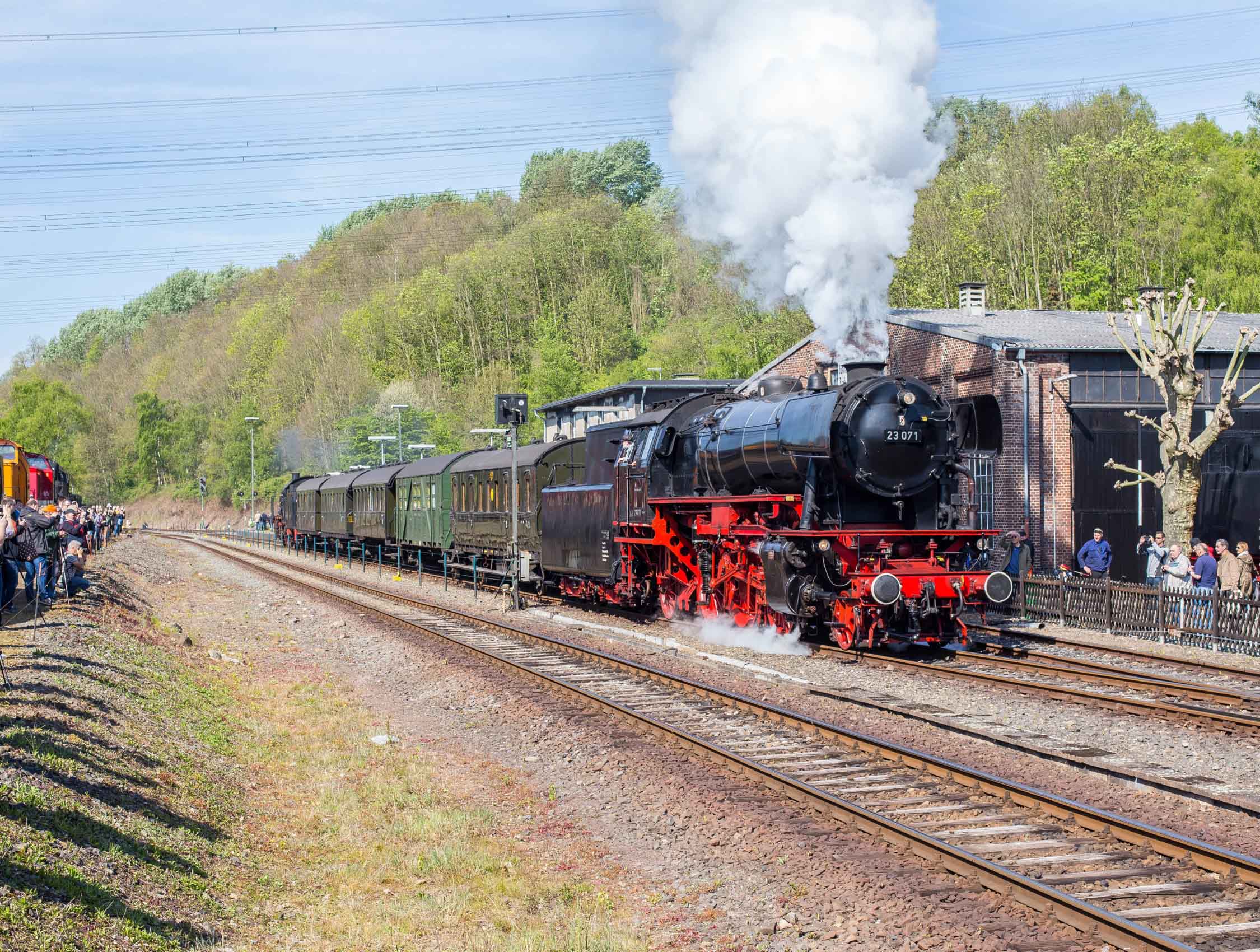 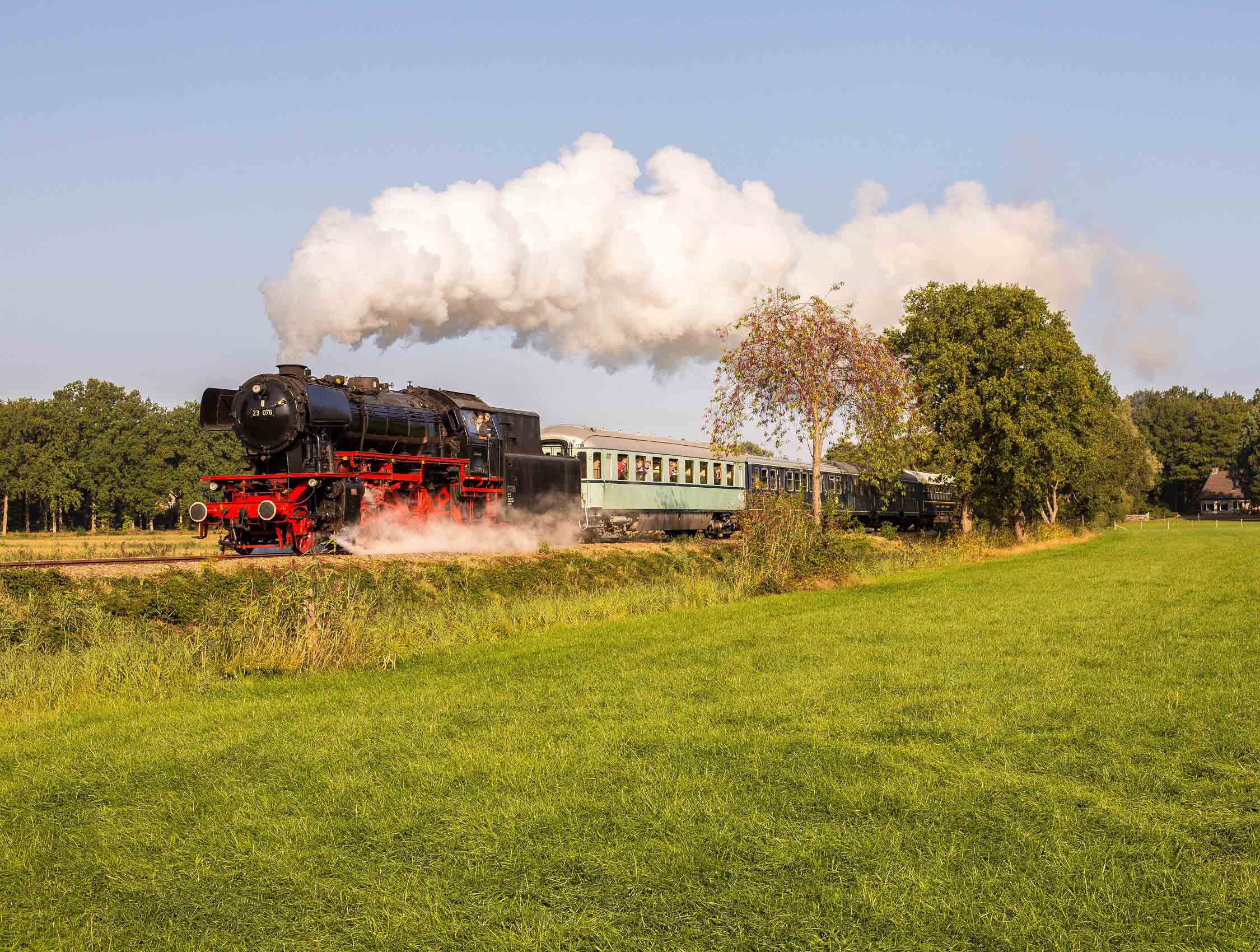 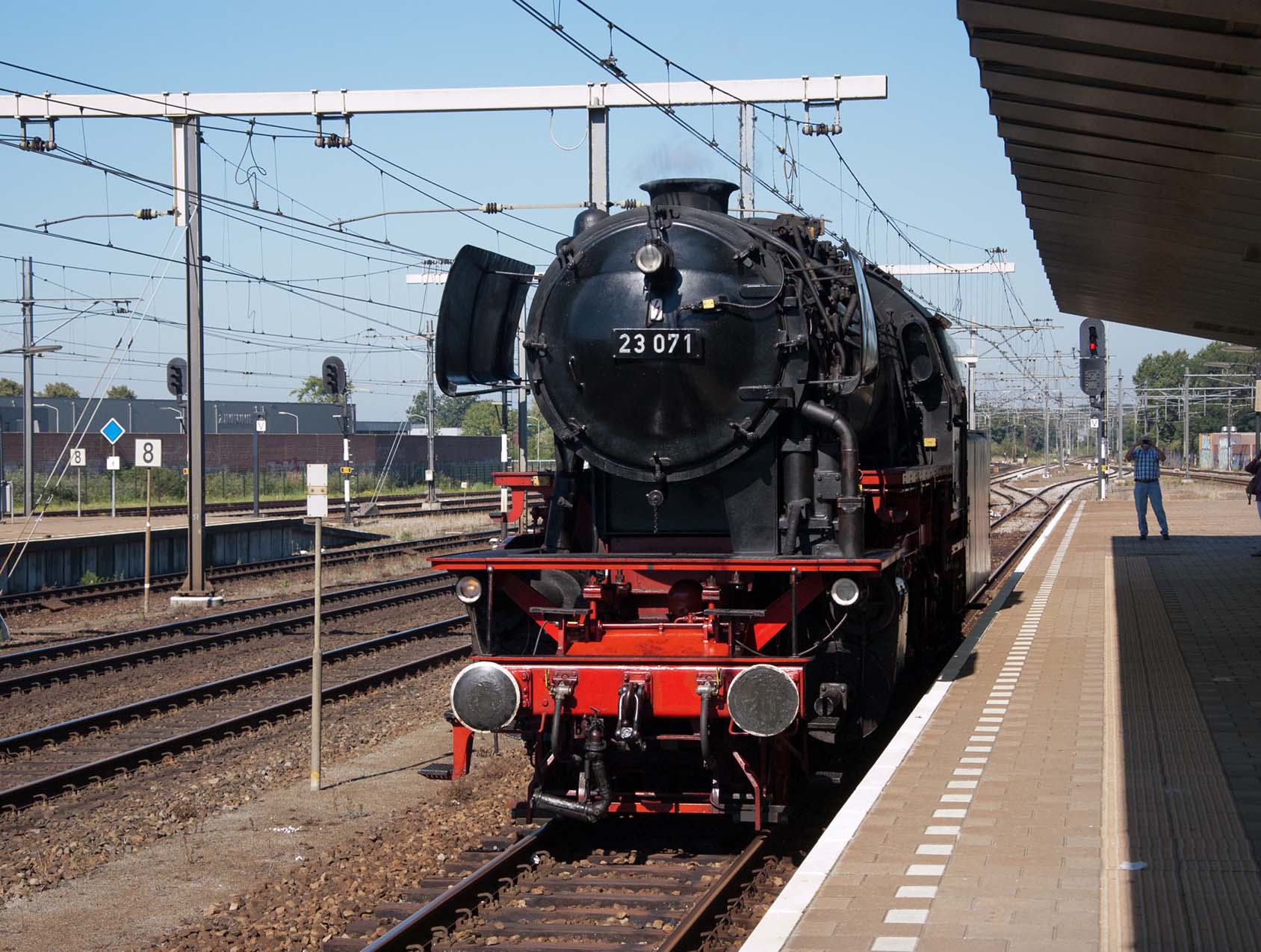 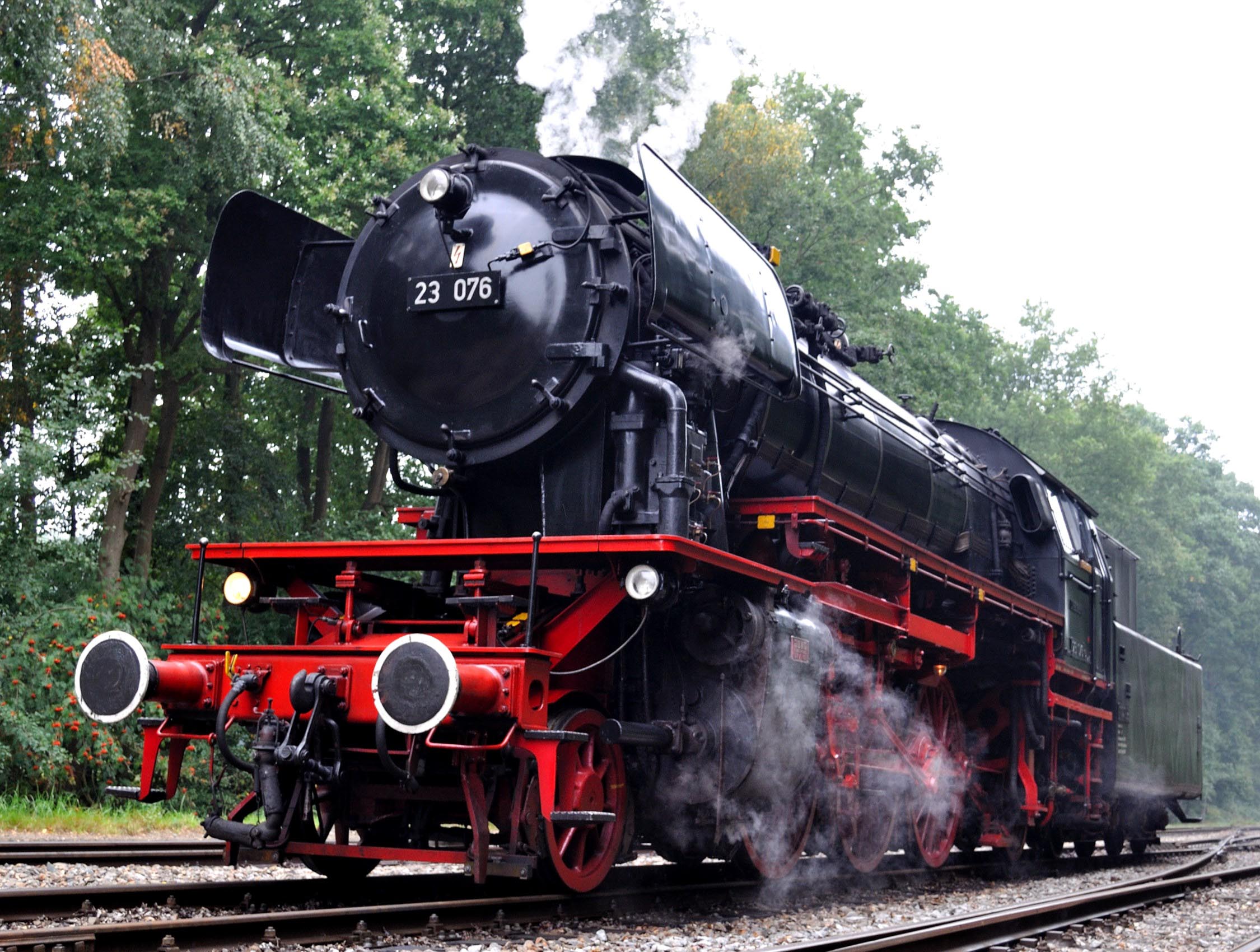 The VSM and the Baureihe 23

Close search
Cart
Back To Top